Israeli SuperCom company will use electronic tracking bracelets to enforce security measures for Muslim attendants at the Expo held in the UAE. 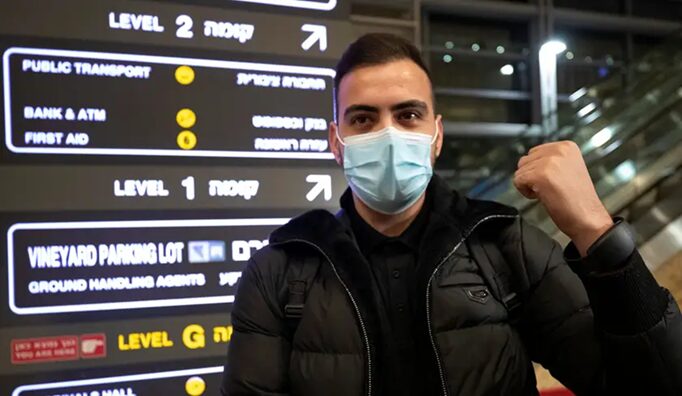 On Sunday morning I was invited to meet Ordan Trabelsi, SuperCom’s president and CEO. SuperCom is an Israeli company that has been a global leading provider of traditional and digital identity solutions, providing advanced safety, identification, and security products and solutions to governments as well as private and public organizations around the world.

In this meeting we discussed the economic aspects of the Abraham Accords and the opportunities that it presents to the Israeli privet sector.

As expected, a new stage of relations awaited the Abraham Accords. Trabelsi’s company announced on Saturday that they have reached an agreement with the UAE’s Ministry of Economy to provide and ensure the security of the Expo, as "the world’s greatest show", the exhibition will begin on October 1, 2021, and end on March 31, 2022. Pavilions from 191 countries will be set up at the site.

Trabelsi said, "According to the deal reached with the ministry, anyone who enters the UAE from South Africa, Algeria, Nigeria, Libya, Tunisia, Egypt, Jordan, Egypt, Syria, Lebanon, Turkey, Iran, Pakistan, Afghanistan, India and Indonesia is obligated to wear an electronic monitoring device, to ensure security measures."

He continued, "Our bracelet will monitor the wearers' location via Bluetooth and GPS technology and is linked to the users' cell phone. These steps are taken to prevent or minimize criminal acts, espionage, terrorism or sabotage."

"In our negotiations with the minister of economy Abdulla Bin Touq Al Marri, it was decided that the UAE government give us the information of the travelers who are obligated to use SuperCom’s bracelets. For those who are going to stay at a hotel, the number of hotels that they can chose from are limited so that we can have our equipment settled there.”

Trabelsi believes that as a result of this deal, SuperCom will be able to draw the attention of other governments that want to hold similar events in their countries. “I believe that this event will be a big success, it will open a new chapter of relations with the UAE not only for our company but also for other Israeli companies. I personally see a big potential here for Israeli cyber security companies. You can feel the lack of cyber security here and I think we can fill this void for them.”

Passenger entry from 16 destinations, including India, Pakistan, South Africa and Indonesia to the UAE, were suspended according to the previous notice. But according to the new deal, the circumstances have changed.

Gil Hoffman is Jerusalem Post's chief political correspondent and analyst and the only speaker known to have lectured about Israel in all 50 US states.